Please ensure Javascript is enabled for purposes of website accessibility

The collateral ligaments control the sideways motion of your knee and brace it against unusual movement. 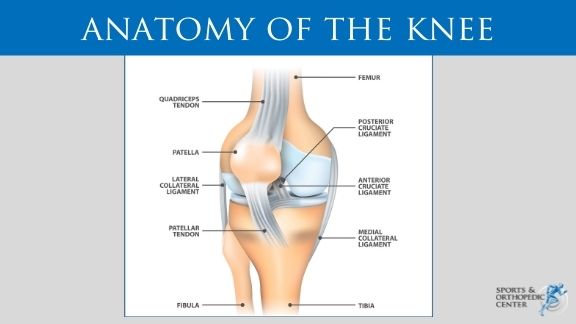 Depending on the degree of pain or looseness of your knee joint, the injury will be classified as:

Injuries to the medial collateral ligament most often happen when the knee is hit directly on its outer side. This stretches the ligaments on the inside of the knee too far or can tear them.

It is not uncommon for athletes to suffer tears of the medial collateral ligament and anterior cruciate ligament at the same time. The ligament also can be injured through repeated stress. This causes the ligament to lose its normal stretch and elasticity similar to a worn-out rubber band.

The symptoms of an MCL/LCL injury are similar to symptoms of other knee problems. It’s important for your doctor to examine your knee to determine the problem.

The right MCL treatment plan will depend on the severity of your tear. Grade I and Grade II tears can heal on their own within a few days to a few weeks as long as you get plenty of rest.

Since Grade III MCL injuries are complete tears, the ligament is unable to heal itself and surgery is needed. Surgery may also be needed if there is any grade of an MCL tear along with other ligament issues.

A nonsurgical treatment plan will include some or all of the following:

If the damage to the LCL/MCL is of a higher degree, then surgery may be required to directly repair the damage or to reconstruct the ligament itself. In many cases, surgery to the LCL/MCL is essential when other structures in the knee have been damaged at the same time. Surgery to the LCL will be done arthroscopically and will involve repairing the LCL/MCL using surgical sutures (stitches) or replacing the LCL/MCL with grafts from the hamstring tendon or using an allograft. Surgery after severe LCL/MCL damage will ensure the full, or near full, return of knee function and stability.

Our Orthopedic Surgeons at Sports & Orthopedic Center have vast experience treating Medial/Lateral Collateral Ligament Tears. Call us at 954-481-9942 or schedule an appointment here